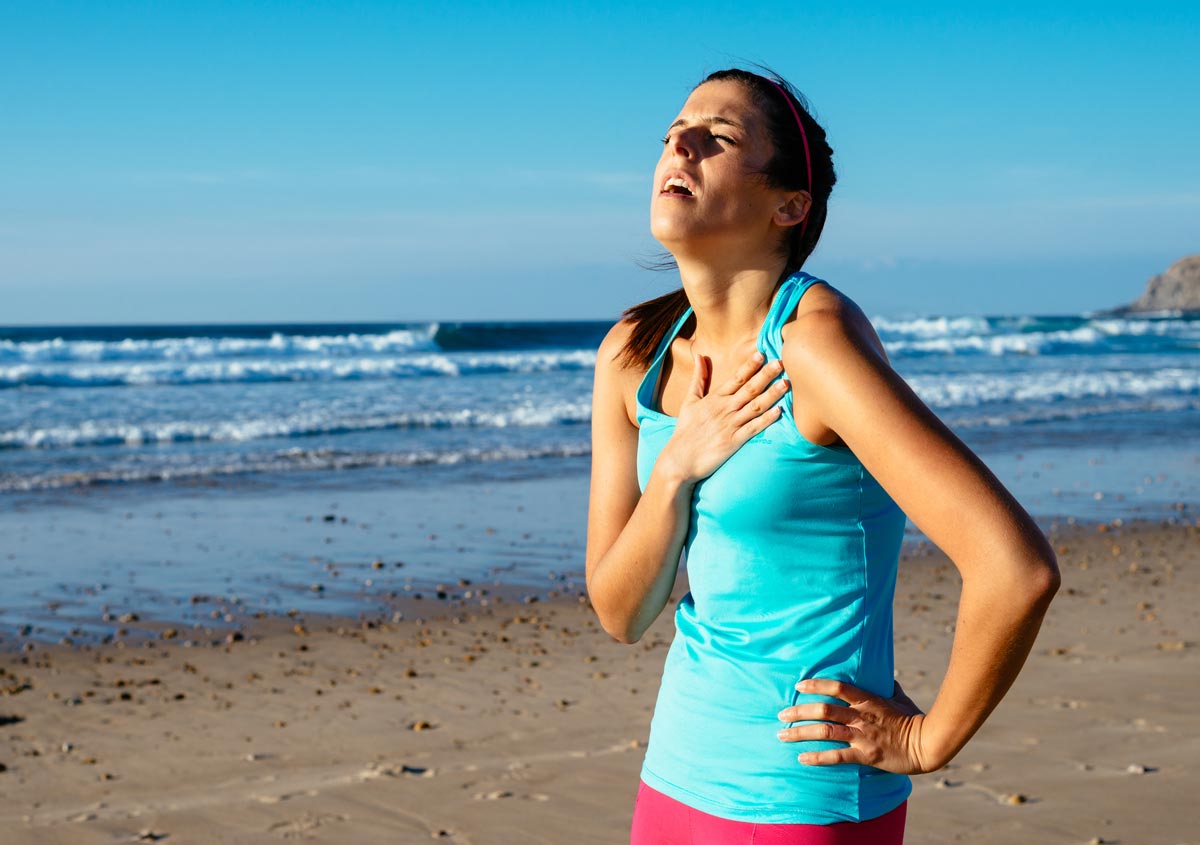 The American Academy of Family Physicians estimates more than 10 percent of the population and up to 90 percent of those diagnosed with asthma have exercise-induced asthma.

In persons with this condition, physical exertion causes the airways to narrow. This narrowing is known as “bronchoconstriction.” It’s important to note that exercise alone is not to blame for asthma symptoms. Instead, it’s believed factors such as cold, dry air and environmental pollutants trigger the series of events that result in inflammation and increased mucus in the airways.

In fact, the AAFP notes this Exercise Induced Bronchoconstriction is frequently present in athletes who train and compete in cold weather sports. The incidence of EIB among Olympic cross-country skiers was reportedly 50 percent.

Common symptoms of exercise-induced asthma include:

The Academy notes less common signs of EIB include:

The Advanced Allergy & Asthma Associates and Food Allergy Center of Illinois team uses a spirometry test to see if underlying asthma is present. This test assesses how well the lungs function at rest by measuring the volume of air inhaled and exhaled, and how quickly air is breathed out.

The test is repeated after a bronchodilator medication to open the lungs is inhaled to compare if the drug helped with airflow. This helps to rule out chronic, unmanaged asthma as a cause of EIB.

Challenge tests simulate the exercise that induces symptoms by increasing the breathing rate through physical activity such as climbing stairs or running on a treadmill. Safe chemical mixtures may also be inhaled to simulate the conditions that trigger EIB. If airways respond, the test should result in the same lung function experienced during exercise.

Additional tests may be needed to rule out conditions with similar symptoms such as allergies, heart rhythm disturbances, and lung disease.

Medications are considered a cornerstone of EIB treatment. Some drugs may be prescribed before exercise to minimize or prevent symptoms, and include:

Dr. Noga Askenazi and the team may prescribe a long-term drug to control underlying asthma (where present) or manage symptoms when those medications taken before exercise aren’t effective, and include:

The AAFP highlights a number of alternatives to pharmaceuticals for management of exercise-induced asthma in conjunction with a short-acting inhaler administered before exercise. Suggestions include avoiding both asthmatic triggers such as allergens and certain types of endurance activities like long-distance running.

Those with exercise-induced asthma in Elgin, IL can enjoy their favorite activities again. Relief and treatment starts with a call to the local office of Dr. Askenazi at (847) 888-8802.

Back to Asthma Page